I bought an Aviva Scout recently. Gosh how I love it! I can commute to work by bike now, and run errands by bike now. Before I got my Aviva Scout it was car, car, car and MAYBE an occasional walk. But now I can bike without worrying about hills, asthma, or stamina. My college-age kids need the car when they are home, and the Aviva Scout lets me hand over the car keys without doing mental gymnastics of how to get to work & back. Hop on the Aviva Scout and go to work!

It's a solid bike. I'm not a tiny person. I commute in a hilly area. I'm not young and I'm not in shape. The seven bike speeds + the three levels of power assist are precisely what I need. I ride it to work and everyone exclaims "SWEET RIDE!'

THANK YOU AVIVA BIKES FOR GETTING ME OUT OF A CAR & ONTO A BIKE!

5.0 out of 5 starsThe best Electric Bike EVER.

The best electric assisted bike I have ever owned. The construction, details and quality are superb. The 1 year warranty is also assurance to know they stand behind their products. I owned another bike by a major manufacturer and returned it with their 7 day policy. When I found the Aviva Electric Bike I was impressed and now owning it for a while find it exceptional and very, very reliable. I will be purchasing another for my wife very shortly.

5.0 out of 5 starsI ride them because I like touring around

I was introduced to this bike at a local farmer's market; my regular bike has just been stolen, so I decided to try it. I don't ride bike as an exercise fiend, I ride them because I like touring around, getting some fresh air, and some exercise; but I'll never be in a triathlon. The merchant told me "you have to try it once to be a believer." I did, and I was. The technology is astounding, when you peddle it kicks in, at whatever level of force you want (highest level will take you up to 19 MPH on a flat). But, you still get exercise (as you want). I started taking it to work, 5 miles, and it gets me there almost as fast as my care. When I get sweaty, I push up the motor and rest for little while. They are on the heavy sided, 40-50 pounds, but you don't feel it when you are biking because the motor helps push it along. They are quiet, and safe, and, really, when you think about it, are priced no higher than the fancy bikes my friends are getting with touring

Check out my NuRide stats - of what I've NOT driven since getting my bike in June. 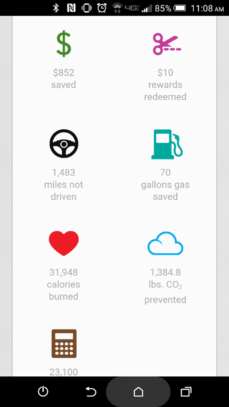